After ChromeOS: National Desktop OS in the Right Way 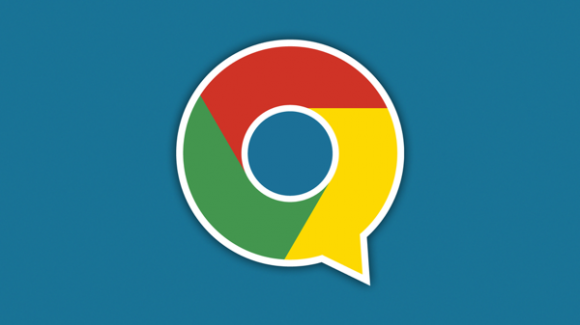 Governments in India [1], China [2], France [3], Turkey [4] are considering to develop a national operating system for desktop PC. In China, Windows 8 has been banned from public tenders. South Korea announced plans to fully migrate to open source by 2020 [5]. Are those plans going to succeed?

No national Desktop OS initiative has ever experienced success, starting with TRON’s commercial failure in Japan in 1989 [6] despites numerous technical advantages. Other initiatives based on GNU/Linux operating system are barely more successful.

Whether they customize an existing open source GNU/Linux desktop for government applications [7] or derive ReactOS open source Windows XP clone [8], national desktops fail to attract any audience among consumers or any support from PC manufacturers. National companies such as a Red Flag [9] or Mandriva [10] receive little support from their respective governments, the same governments that plan at the same time to create a national Desktop OS.

Governments – as in France – that selected leading companies such as Ubuntu to implement a standard government desktop [11], discover after some years that Canonical [12] still remains unnoticed in any market statistics. Civil servants or politicians end up rejecting their own standard government desktop OS in favor of Windows due to recurring compatibility problems with Microsoft Office files or growing instability of LibreOffice [13]. The new mayor of Munich is complaining about compatibility problems related to the city’s “LiMux” project, in which 15000 PCs were switched to a customized Linux distribution. The mayor had to wait 4 weeks until he could use his city email account on his mobile phone [30].

All we can thus hope for the Ubuntu Kylin initiative [29] is that – by relying on Kingsoft WPS proprietary office suite – it will not follow the same path.

Whether we like it or not, only one company has achieved until now to bring Linux and open source to mass market: Google. Android is the dominant smart phone platform [14] and ChromeOS has reached 20% market share in the US education market [15].

ChromeOS expansion is the most impressive. Despite little marketing, bad press reviews [16], internal conflict with Android team [17], contempt of open source developers, virtually no support from manufacturers and growing suspicion over privacy on Google Cloud [18], it has become the only mainstream GNU/Linux desktop sold in virtually any PC store in Europe and USA.

The only way to understand why ChromeOS is so popular is to purchase a 300 USD Chromebook (ex. Acer 720P with touch screen), use it and do everything with it during 2 months. Get a Google account, create files with Google Drive, play with Hangout. Use ChromeOS application market and add applications in less than a second. Try off-line Web applications in the airplane… during 9 hours thanks to power efficient hardware. Try to use a file created by one application in another application and watch how everything easily integrates.

Close the lid of the Chromebook and open it. Watch it start instantly. Close the lid and open it hundred times. It does not crash. Add a large screen, use gesture of the trackpad to switch tabs in the browser.

Reset all data in your Chromebook with powerwash feature. Login and wait a couple of minutes. Watch your work environment and files come back.

After two months, you’ll understand that by focusing on less features and executing them perfectly in a standard based Web environment, ChromeOS achieved to succeed where other Linux Desktops failed. And unlike most Linux PC, even its BIOS is open source.

ChromeOS for Developers: Yes You Can

If you are a developer, try Crouton [19] and setup a couple of development environments on an encrypted SD card. Use Cloud based services to achieve tasks that the Chromebook can not do natively: run a virtual machine, debug mobile applications, share code with a pastebin.

Develop extensions in Javascript with the new Chrome developer kit [20]. There is even a shell [21] that can be used to run Node.js server [22]. Try to port some legacy code with ChromeOS secure containers a.k.a. PNaCl [23]. You’ll be surprised that PNaCl achieves to provide what Emacs Lisp was designed for: a secure and universal virtual machine to run any computer language on any architecture with native performance.

If you are a system administrator, give the Chomebook to a friend, tell him that he or she can use all Google services with it and count how many times you will be asked for support.

And if you think that Chromebook only works with Google, have a look at locally managed accounts [24] and OpenID based enterprise directory integration roadmap [25]. You can find a lot more on the OMG ChromeOS Web site [26].

ChromeOS in China and beyond: a Fantastic Opportunity

ChromeOS does not work in China because most of Google APIs are blocked. It is sad and at the same time it is a fantastic opportunity to build a national OS that will eventually succeed and outperform Google’s ChromeOS.

ChromiumOS is the open source counterpart of ChromeOS. It is virtually identical with only few missing features: video codecs (due to patent legislation in the USA), flash (due to Adobe licensing) and part of the auto-upgrade system. But for the rest, it is the same Gentoo based system. You can find instructions on Google’s site how to rebuild ChromiumOS [27] and try it on your own laptop. It works surprising well.

China based fabless system-on-chip designer Rockchip recently ported ChromiumOS for its new range of products and received worldwide press coverage [28] . 1000 RMB ARM based Chromebooks with reasonable screen could appear on the market very shortly. With Intel licensing of Atom architecture to Rockchip, even faster Chromebooks could appear on the market at unexpected low price, with full disclosure of their architecture and software under control of Chinese companies.

What is missing then?

Basically, video codecs (easy), implementation of APIs to manage consistently user identity or storage (easy), and most of all Appstores of HTML5 applications that include good office suite (not that easy).

If all this could be executed in a way that does not require to subscribe to a central service, following the example of Xiaomi with Android Open Source Project (AOSP), a Chinese version of ChromiumOS could even get success outside China by simply providing two features that Google will never be allowed to provide: privacy and trade secret.

Anybody interested to make this dream come true? Write to me and let us do it together.