Rather than adopting an in-house operating system which is far from ready and would lead to further doubts on the security of its products, Huawei could present itself as a global champion of privacy by simply adopting a fully open source app store such as Aptoide or a fully open source operating system such as /e/ with a strong focus on privacy. Huawei could then turn communication and press relations in its advantage by becoming the only smartphone provider capable of protecting its users against spying by U.S. government.

History repeats and Japan can teach China about the American art of (trade) war.

In 1987, President Ronald Reagan doubled the import prices on $300 million-worth of Japanese computers, power tools and TVs. The administration said the tariffs were in response to Japan’s failure to comply with an agreement that the country would allow more U.S. imports into its markets and would stop under-pricing American semiconductor computer chips. Japan was being accused of stealing U.S. intellectual property and of setting non-tariff barriers to block imports of foreign products.

By blocking sales of foreign technologies to Huawei less than a year after taking control of ZTE’s management, U.S. government is trying to slow down the development of new technologies in China. In 2018, Huawei created the best ever smartphones on the market: P30 Pro, Mate 20 X 5G, etc. But in 2019, Huawei phones were being phased out by telecommunication operators in Europe and Asia due to the ban imposed on Google’s support for Android to Huawei.

The legal argument which is used against Huawei by U.S. government is the same argument as the one used against Facebook by China’s government: national security. Under the World Trade Organisation (WTO) treaty, protectionism is forbidden. However, one exception exists in WTO rules: national security. Without this exception, China’s telecommunication and cybersecurity laws which effectively block access to numerous foreign internet services in China would be considered protectionist and a violation of the WTO treaty.

The eventual threat by Huawei posed to national security has been widely documented: Huawei equipment contains backdoors. I am myself aware of cases in which Huawei equipment was used to spy on a foreign government. However, backdoors in telecommunication equipment are a legal requirement of the International Telecommunication Union. And Huawei is just following a common practice initiated by U.S. government which has seen NSA installing spyware on US-made hardware or Angela Merkel’s phone been monitored for over 10 years by U.S. government.

Open Source is the only Solution

I wrote in 1998 the first article on mass surveillance through U.S. proprietary software. This article was inspired by the discovery of the Echelon system used by U.S. government to spy its European allies and steal export contracts in favour of U.S. industry. The article was also inspired by some projects of the French tax office to develop computer viruses that would spy citizens as part of public policies against tax evasion. During those years, big corporations such as Sony were also considering to spy all their users and track copyright infringements. 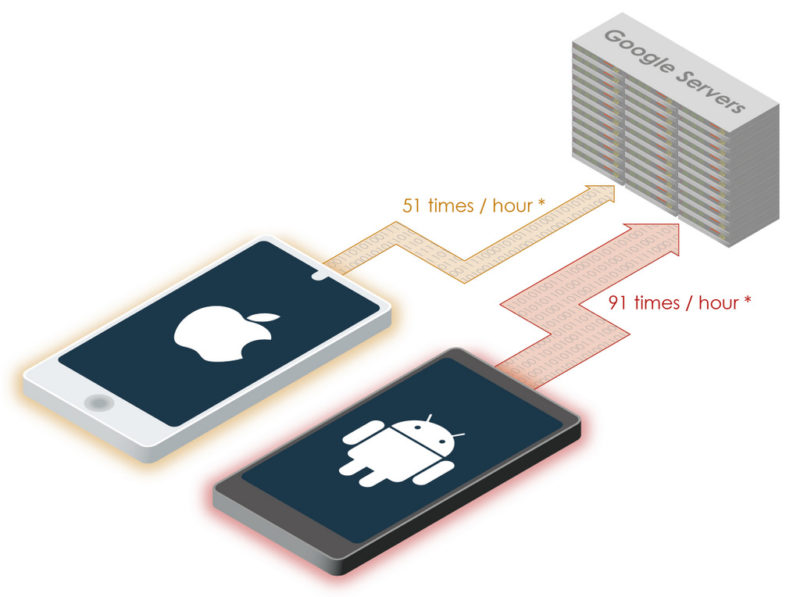 After the discovery of the Echelon programme, European governments have invested in the only solution that can remove backdoors: open source. German government sponsored the GnuPG open-source cryptography project. France considered a Law which would impose open source in government for security reasons.

The idea that open source provides the best protection against backdoors is widely accepted nowadays. The cloud infrastructure of Google and Facebook is moving away from traditional hardware and firmware, replacing it with open source hardware (OCP) and open source firmware (linuxboot). Proprietary Intel CPUs which experience endless vulnerabilities, especially with their Management Engine, could be replaced by open source CPUs such as RISC-V or OpenRISC that offer much better transparency against backdoors.

Huawei is currently being treated by U.S. government in the same way as Iran or North Korea. Only companies which are not doing business in the U.S. are likely to support Huawei because they do not fear any form of economic retaliation. Most of those companies are located in Europe.

Huawei has already initiated contacts with some European companies which provide open source alternatives to Google which can be exported anywhere in the world.

The /e/ operating system is a fork of Android Open Source Project which emulates Google proprietary APIs with open source equivalents and which replaces Google online services with open source or European equivalents. It contains an app store in which every application receives a ranking in terms of privacy protection. It is one of the only app stores which guarantees that applications are not modified with doubtful extensions before publication. It is also to my knowledge the only compatible and usable alternative in Europe to Google’s proprietary version of Android.

Aptoide is a European AppStore of Android applications with an open source client and a large user base. Aptoide won a court battle against Google which was trying to remove their application without asking users.

Nextcloud and Open-XChange are a complete replacement to Google Drive and GMail, an essential part of Android. NextCloud offers compatibility with LibreOffice, OnlyOffice and OfficeJS. Telegram and Signal can replace Google Hangout.

Qwant is a European search engine claiming that it doesn’t track their users. Searx is an open source meta-search engine which ensures perfect privacy while keeping compatibility with Google Search and other search engines.

Other key applications include the Maps application”Magic Earth”. Though not open source yet, it relies largely on open source technology OpenStreetMap.

Rather than adopting an in-house operating system which is far from ready and would lead to further doubts on the security of its products, Huawei could present itself as a global champion of privacy by simply adopting a fully open source operating system such as /e/ with a strong focus on privacy. Huawei could then turn communication and press relations in its advantage: /e/ is the only usable operating system on the market which protects its users against spying by U.S. government.

Thanks to privacy by design through open source, security threats vanish. There is no more legal base to ban exports to Huawei under the WTO treaty exceptions to national security.